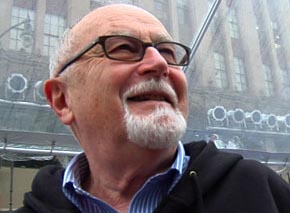 Posted on November 11th 2011 in Obituary

Gilbert “Gil” Cates, founding dean of the UCLA School of Theater, Film and Television and producing director at the Geffen Playhouse, died Monday, Oct. 31. He was 77.

Cates served as dean of the UCLA School of Theater, Film and Television (TFT) from 1990 to 1998 and was on the faculty of the school as a professor.

“Our entire TFT community is overwhelmingly saddened by the loss of our beloved mentor, colleague and friend,” said Teri Schwartz, dean of the UCLA School of Theater, Film and Television. “Today we mourn our great loss but also celebrate Gil’s extraordinary vision and countless contributions, not only to TFT as founding dean and distinguished professor but to the entertainment and performing arts industries and the education of our students, who benefited from his remarkable talent, insights, generosity, experience and wisdom. Our deepest condolences and love go out to Gil’s beloved family at this very difficult time.”

Emergency medical personnel responded to a call on campus at about 5:50 p.m. Monday but were unable to revive Cates. The Los Angeles County coroner is investigating the cause of death.