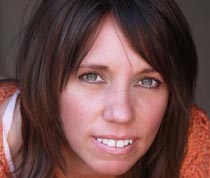 A renowned vocal coach based in Los Angeles, Mary Jo DuPrey is the only certified West Coast teacher of the Katie Agresta Vocal Technique and draws on the performance theories of Wesley Balk, former artistic director of the Minnesota Opera, and Anne Bogart’s Viewpoints to create an approach to performance that is highly innovative and freeing for the contemporary singing actor. She is currently the touring vocal coach for Jon Bon Jovi and has accompanied him on his U.S. and South American tours. Her work with Bon Jovi is celebrated in his new book This House Is Not for Sale, which chronicles his last U.S. tour. She also trained Tony Award-winning actor Daveed Diggs for his star-turn roles as Marquis de Lafayette and Thomas Jefferson in Hamilton. In addition, DuPrey’s students have appeared in Broadway’s Spring Awakening, Beautiful, Jersey Boys, Groundhog Day and Something Rotten, as well as the national tours of Hamilton, The Book of Mormon, The Little Mermaid, Matilda the Musical and Les Misérables, among many others.

DuPrey is also a critically acclaimed director. Her production of August: Osage County for the Will Geer Theatricum Botanicum received four Ovation Awards nominations, including Best Production, Large Theater; Best Director; Best Lead Actress; and Best Supporting Actress. The production was placed on numerous “Best of L.A. Theater” lists in 2015. Her work is known for an ability to balance heightened theatricality with truthful storytelling as is demanded in the modern American theater.

DuPrey is a graduate of Vassar College and received her M.F.A. in directing from the UCLA School of Theater, Film and Television. She is a recipient of the NYU Professional Certification in Filmmaking, and a member of the Stage Directors and Choreographers Society.