Alan Armstrong on Creating a Legacy 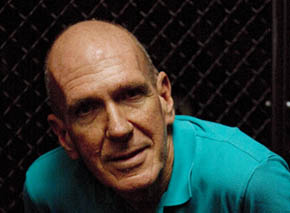 Alan Armstrong, a specialist in Shakespearean and classical theater costume design and a 32-year veteran professor in TFT's Theater Department, recently made a decision to extend his service to the School with a bequest that will make the Costume Design TFT program his principle heir. A revered professor, who has taught at one institution for over three decades, inevitably leaves behind a rich legacy in the lives of many students he has inspired. Armstrong has decided to go a step further, so that future classes and generations of students will benefit from his efforts.

"I have this belief," Armstrong said, speaking with us recently from his home in Palm Springs, "that education can fix the world. I don't care if it's beauty school or mechanics school or TFT. If you can teach people to think and focus for themselves, they probably won't believe that there are 72 virgins waiting for them if they blow up the World Trade Center.”

There are personal motivations, as well: "I'm an openly gay man and I don't have anybody to leave money to, really. I wanted to leave a legacy and there are only two charities I believe in. One is AIDS research and the other is TFT."

Armstrong has worked continuously as a theatrical costume designer and film costume consultant in addition to his work at TFT. He feels especially privileged, he says, to have worked on more than 29 productions of Shakespeare plays at venues around the world.

"I was thinking about the needs of the costume area at TFT. Ever since I've been there costume design has been underfunded and understaffed, trying to work in a decaying facility to pump out the number of costumes that we do. That has begun to change significantly with the establishment of the David C. Copley Center for Costume Design under founding Director Deborah Landis, so there's hope for real progress. I wanted to somehow specify that my bequest would be applied to that.

"I agree with Deborah that costuming is a vital and underappreciated component of telling stories on the stage and in films. And I love stories. I love myths and traditions and origins and the evolving of things. That's the foundation of what we do at TFT, we tell stories. The stories are told through the actors and costumes help define the characters they are playing, in everything from their economic status and where they're from to revealing a psychological state.

"And if they embody a character costume styles can carry out ripples into the culture. Young men who decide they want to wear blue jeans and leather jackets after seeing Marlon Brando in "The Wild One" adopted his rebellious attitudes along with the clothes. That's an early example of things going viral, as they say now. It's a small example, but it supports what I'm saying, that media can change the world.

"I think that in the interdisciplinary vision of Dean Schwartz, her push to bring the theater and film departments together, the underlying thought ought to be that through the arts we can indeed change the way people think and make inroads towards fixing the world and making it a better place. It's that underlying principle that I really believe in.

"I certainly hope that more of my colleagues will consider joining me in establishing this kind of bequest to the School. More of them should come around to this way of thinking once they've retired and have had a chance to step back from the department and the day-to-day conflicts and the politics and remember the larger picture. I think if they reflect on all the good things that have come out of this program a lot of them would be willing to do what I'm doing. But you do need to get some distance from it. You need to get back in touch with your idealism."