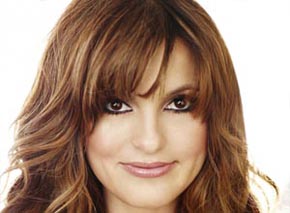 Funds from The Mariska Hargitay Scholarship for Acting Students are earmarked for both graduate and undergraduate studies and will be awarded to talented underserved students.

Hargitay is an alumna of UCLA's acting program and has gone on to be one of television's most successful performers. She has starred in the Wolf Films/NBC hit series "Law & Order: Special Victims Unit" since 1999, garnering eight Emmy nominations, two Golden Globe and six Screen Actors Guild Award nominations for her portrayal of Detective Olivia Benson. She won the Golden Globe Award in 2005 and the Emmy Award in 2006.

Hargitay was the recipient of UCLA's TFT 2011 Distinguished Alumni Award, Theater, and was honored at the school's June commencement ceremony. She is also founder of the Joyful Heart Foundation, which is dedicated to providing support for victims of sexual abuse.

“We are thrilled with the generous support from Mariska for TFT,” says Dean Schwartz. “Her success as an actress combined with her incredible work as a philanthropist makes her a shining example for students and faculty alike. We are honored to carry on her tradition of excellence and hard work by supporting deserving young talent.”

“After all I have received from TFT for my journey as an actor, I am so excited to give back," Hargitay says. "My education there not only gave me an invaluable foundation for my craft, but also lit the fire of enthusiasm, perseverance and pursuit of excellence that has fueled me ever since. I cheer for the students now receiving those gifts at TFT, and to play a part in their journey as artists is hugely gratifying. Bravo, Dean Schwartz, for all you have done and will do.”