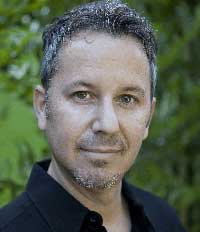 Among his animated films are Tad: The Lost Explorer, which earned him a Spanish Academy "Goya" Award for Best Adapted Screenplay; Tad Jones and the Secret of King Midas, which was the highest grossing film in Spain in 2017 and won the Goya for Best Animated Film; Capture the Flag for Paramount; and Sheep & Wolves for Wizart Animation. He is currently working on the third film in the Tad series.

Landau is the author of TV Writing On Demand: Creating Great Content in the Digital Era (2018) and TV Outside the Box: Trailblazing in the Digital Television Revolution (2016), the first book to be sponsored by the National Association of Television Program Executives (NATPE). He also authored The TV Showrunner’s Roadmap (2014), The Screenwriter’s Roadmap (2012) and the bestselling book 101 Things I Learned in Film School (2010).

Landau is on the leadership team of the UCLA TFT/UCA (Université Cote d'Azur) Storytelling Institute in Cannes, France, a six-week, in-residence screenwriting workshop sponsored by Vivendi/StudioCanal, the mayor of Cannes, and the Cannes Film Festival. He also facilitates an advanced Writing for Television workshop at UCLA TFT in partnership with Sony Crackle Television. Both these initiatives include a "first look" opportunity with the studios. Dozens of Landau's former students have launched highly successful careers in TV and film and have written their projects under his tutelage, including, most recently, Steven Canals' Pose for FX, and Gaia Violo's Absentia for Sony and Amazon.