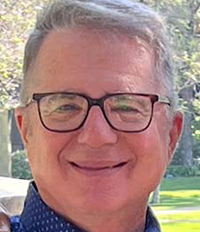 Rich Rose teaches in the area of scenic design for the stage. He is also the author of several books on computer-aided design, drafting and sketching for the stage (Penguin Random House) and a member of United Scenic Artists Local 829.

As the resident scenic designer at the award-winning Back Alley Theater for several years, Rose designed numerous productions including Jacques Brel is Alive and Well and Living in Paris, Ringers, The Fox, In the Sweet Bye and Bye, Days and Nights Within and Found a Peanut.

Current designs include Other Desert Cities and The Chalk Garden at Will Geer’s Theatricum Botanicum; Andy Warhol’s Tomato (Los Angeles Times Critics Choice) and the world premiere of STALLED at Pacific Resident Theatre; and Rabbit Hole for The Guangzhou Dramatic Arts Centre in Guangzhou, China.