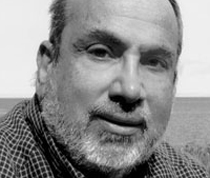 Neil Peter Jampolis is a lighting, scenic and costume designer and stage director for theater, opera and dance.

He has more than three dozen Broadway production credits, which include his Tony Award-winning lighting for the Royal Shakespeare Company’s Sherlock Holmes, Lily Tomlin’s The Search for Signs of Intelligent Life (Los Angeles Drama Critics' Award-winner) and many long-running plays. He has been Tony Award-nominated four times.

Off-Broadway and around the world, he designed scenery and lighting for One Flew Over the Cuckoo’s Nest; Forever Plaid; I Love You, You’re Perfect, Now Change; and more than 30 others.

Jampolis has served as principal designer for Pilobolus Dance Theatre since 1976, and has created works for many major companies, including the San Francisco, Canadian National and French National (Nancy) Ballets.