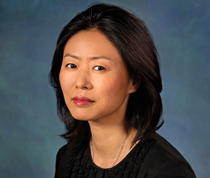 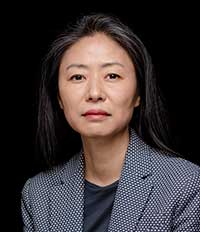 Myung Hee Cho is an acclaimed set and costume designer for theater, opera, dance and other special productions. She recently designed the set and costumes for Golden Fairytale Fanfare, the opening show at the new Shanghai Disney Resort; The Thieving Magpie at Glimmerglass Opera; The Marriage of Figaro at Washington National Opera and the set design for Trojan Women, a new Korean opera at the National Theater of Korea. Her current projects include the set design for Trans Scripts at American Repertory Theater and The Body of the World at Manhattan Theater Club.

Other selected credits include Miss Julie at Geffen Playhouse; The Magic Flute at the Canadian Opera Company; The Good Person of Szechuan at the Landestheater Linz, in Linz, Austria; and Le nozze di Figaro at the Chicago Opera Theater.

She served as the art director for VDAY: A Global Movement to End Violence Against Women and Girls, 2000-04. She designed all print media and benefit productions for The Vagina Monologues at Madison Square Garden, Apollo Theatre, Wiltern Theatre and Masonic Center.

In 1996, Cho received a Princess Grace Award and was an artist-in-residence at The Public Theater/NYSF. She is a graduate of Cooper Union and Yale School of Drama.