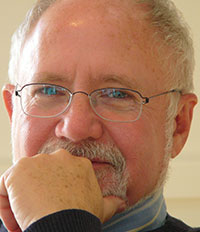 As a Fulbright scholar, McLain conducted research in the areas of directing and director training in the former Soviet Union. Subsequently, he was a member of the first faculty exchange between the UC and what was then Leningrad State University. In 2011, McLain became a fellow of the Likachev Foundation, St. Petersburg. In more than three decades of teaching in the Department of Theater, McLain directed works by Shakespeare, Chekhov, Brecht and Sam Shepard, among many others.

He is the co-author of Play Directing: Analysis, Communication and Style, now in its seventh edition (Routledge). He is a consultant to the government of Hong Kong in the area of theater curricula for graduate and undergraduate programs.