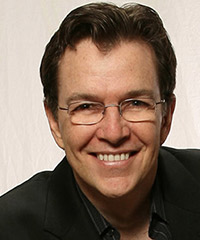 Michael Donovan teaches the Acting, Voice and Movement Workshop classes at the UCLA School of Theater, Film and Television.

He is a six-time recipient of the Casting Society of America's Artios Award, given for Outstanding Achievement in Casting.

Donovan received his B.A. from St. Michael's College in Vermont, where he double majored in English and theater and minored in music.