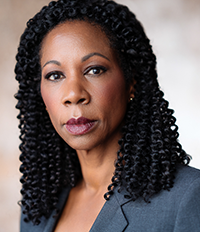 Judith Moreland teaches acting at the UCLA School of Theater, Film and Television. She is a seasoned actress who has performed both on and Off-Broadway and has worked with many theater companies including the New York Shakespeare Festival, Playwrights Horizons, Ensemble Studio Theater Los Angeles and Shakespeare Festival/LA. Additionally, she was a company member of San Francisco’s American Conservatory Theater for many years.

Her film and television credits include CSI: Cyber, Dark Skies, Eagle Eye, Parenthood, Grey’s Anatomy, Parks and Recreation, The Crazy Ones, The Big Bang Theory, The Mentalist and Castle. She has taught at Stanford University, American Conservatory Theater, the American Academy of Dramatic Arts and Oxford University for the British American Drama Academy.

Moreland received a bachelor of arts degree in human biology from Stanford University and an M.F.A. from American Conservatory Theater.