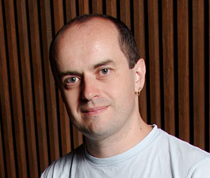 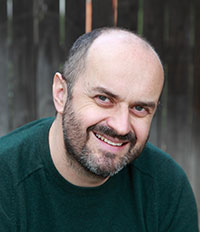 Jonathan Burke is a Los Angeles-based sound designer and mixing engineer for theater, live sound and opera. His work has been heard across the country, off-Broadway and in regional theaters. Locally, Burke is the resident sound designer for 5 Star Theatricals and has designed shows for Walt Disney Concert Hall, Geffen Playhouse, Rubicon Theatre Company and many others. He has mixed for both L.A. Opera and L.A. Philharmonic, and has worked on additional projects at the Dorothy Chandler Pavilion, Mark Taper Forum and Hollywood Bowl. Most recently he designed and mixed The Tempest, a joint production with L.A. Phil and The Old Globe at Walt Disney Concert Hall.

Burke grew up in Cambridge, England, and lived in Hong Kong before moving to the United States. Prior to moving to Los Angeles, he was the resident sound designer for two seasons at Pittsburgh’s City Theater Company.

Burke studied at the Hong Kong Academy for Performing Arts, holds a B.A. from the University of Pittsburgh and an M.F.A. from California Institute of the Arts. He is a member of USA 829 where he also serves on the Sound Design exam committee.