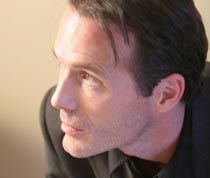 Dan Belzer has enjoyed a diverse career as an actor, singer, pianist and teacher. He has music directed, accompanied and conducted several musicals at UCLA TFT including Rent, Cabaret, Anything Goes, Hot Mikado and Urinetown as part of the Ray Bolger Musical Theater Program. He also serves as a voice instructor at the School and scored the UCLA TFT M.F.A. film project The Making of…. He served as chorus music director of The Getty Center's production of The Swallow Song, comprised of students from the Department of Theater.

As a pianist, Belzer has toured Europe for more than 15 years with The Singing Waiters, performing in Switzerland, Germany, Belgium, Austria, Italy, France and the Czech Republic. He has served in a multitude of capacities including music director, pianist, conductor and keyboardist in many Los Angeles-area theaters, working on such shows as A Little Night Music; Urinetown; Oliver; All I Really Need to Know I Learned in Kindergarten; The All-Night Strut; The Sound of Music; Annie Get Your Gun and Ernest in Love. Additional music direction includes J&E and the Zig-Zag Sea for Kaiser Permanente’s Educational Theatre Program and productions of Anything Goes, Hair and Oklahoma at Glendale Community College.

Belzer utilizes his skills as an actor, singer and pianist in his portrayal of American songwriter Irving Berlin in the one-man show A Songwriting Lesson from Irving Berlin for the educational nonprofit Enrichment Works, performing throughout the Los Angeles area and across the United States. He has appeared in film and television, working with Academy Award-winning directors John Carpenter and Dean Parisot, and has been seen in national commercials and print campaigns including those for Equal, Infiniti Automobiles, Sprint, AT&T, Toyota and Michelob Beer.

Belzer is a member of the Screen Actors Guild, the American Federation of Television and Radio Artists, the Local 47 Musician’s Union, and the National Association of Teachers of Singing.