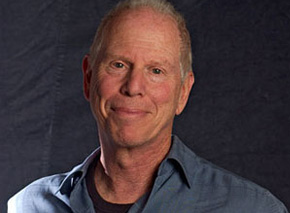 Ackerman, who is the Co-Chair (with Richard Walter) of TFTs Screenwriting Department, won the 2009 William Saroyan Centennial Prize for Drama for the work and in 2010 the play enjoyed a successful limited West Coast run. The NYC stage reading of “Testosterone” will be included as a presentation by Theater Resources Unlimited as one of the winning selections of the 2011 TRU Voices Play Series.

“Testosterone” portrays the struggle of a father-and-divorcee (Naughton) making his best strides as a bachelor who finds himself in unfamiliar emotional territory when he's confronted with life-altering news forcing him to re-evaluate priorities including those with his daughter, girlfriend and grandmother (all played by Ms. Feldshuh plus 7 others) while he contemplates the question "what makes a man a man?" Peter Johnson rounds out the cast portraying the additional male characters including an alter ego, best friend and several physicians.

This production is directed by Linda Selman (“Requiem For A Marriage,” “Bunner Sisters,” “From My Lady's Diary” and “Marie Antoinette”) and produced by Me and You Productions in association with Massimine/Roytman/Presentations.