The Future is Now -- Transmedia Hollywood 2

Professionals are growing accustomed to working with well-established Transmedia tools 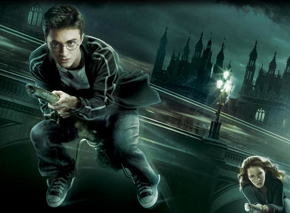 The second annual Transmedia Hollywood conference, focusing on “Visual Culture and Design” this time, moved past the storytelling themes introduced in last year's Transmedia Hollywood: “S/telling the Story,” which argued that even when media projects are spun out across several platforms (potentially migrating from novels to comic books to movie and TV programs to video games and beyond), the source of power, the “mothership,” is still the overarching storyline that plays out across all those interlocking mediums. A secondary question that year was who should be responsible for creating and managing all those additional storylines — the creators, their collaborators, digital producers, ARG designers? 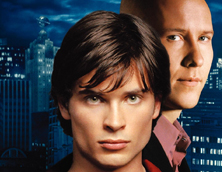 In her introductory remarks, Mann referred to a line of inquiry that turned out to be a key theme of the day: the ways in which the members of the "production cultures" that comprise Hollywood (referencing the work of Mann's TFT colleague Professor John Caldwell) are learning to navigate on a day-to-day basis the often choppy waters of transitioning from traditional industry practices to those embracing new media, social media, virtual work spaces, redefined job descriptions, and many of the bleeding edge technologies of visual design, including those that merge real-world and digitally reproduced spaces in entertainment worlds as vast as the Wizarding World Harry Potter and as imaginatively transporting as that of “Avatar,” “Spartacus” and beyond. TMH2 had a noticeably more practical approach to Transmedia as a work environment – and the Bridges Theater audience, made up predominantly of industry insiders, was riveted.

One goal of TMH2, Jenkins said, would be to get beneath the standard definitions, including his own (from his 2006 book “Convergence Culture: Where Old and New Media Collide.”) Panels would zero in on nuts-and-bolts topics such as character delineation, fan engagement as a precursor to (and extension of) transmedia, and the difficulty of planning and controlling a narrative, to explore how these activities have changed when these stories are transported to the virtual and physical worlds of theme parks.

A daylong event as wide-ranging at TMH2 can't easily be summarized. But here are a few of the points of discussion that seemed especially noteworthy:

Taking a cue from the user experiences created of pioneering theme parks such as Disney's Tomorrowland, scholar Scott Bukatman of Stanford (“Matters of Gravity: Special Effects and Supermen in the 20th Century”) noted that in the era of Imax 3-D much of popular culture may no longer be primarily concerned with telling stories. Instead, its goal is a “kinetic, bodily, immersive experience.”

Theme park scholar Angela Ndalianis of University of Melbourne (Neo-Baroque Aesthetics and Contemporary Entertainment) and Thinkwell Designer Craig Hanna debated the social function of theme parks and amusement destinations from the past such as Coney Island and Atlantic City and how they fuse nostalgia and new technologies to create fantastic, baroque, alternative urban spaces (minus the crime).

Bruce Vaughn, Chief Creative Executive of Walt Disney Imagineering and a longtime Visiting Assistant Professor at TFT, says that while there can be a "narrative thread winding throughout the day," the heart of all Disney theme park attractions is to create "a compelling collection of experiences" — each designed to take you through a set of emotions.

Thierry Coup, an imagineer-equivalent at rival Universal, captivated the crowd with a description of his latest design effort: the acclaimed new Wizarding World of Harry Potter attraction in Orlando. When asked about the involvement of Harry Potter author J.K. Rowling and many of the creative personnel from the films, Coup explained that it's nearly impossible to tell a coherent story over the three- or four-minute course of the typical theme park ride.

Fortunately, he explained, most "guests" come to the park with a full knowledge of the world of the novel and films, freeing the designers to concentrate on creating "experiences that engage all the senses." Their goal is always, Coups says, to create a seamless experience for visitors, "to keep them in the world and not have them snap out of it."

A recurring theme in all four panels was the need for creators to allow consumers to immerse themselves in the “world” of the theme park, video game, film or TV show. Production designer extraordinaire Rick Carter ("Avatar," "War of the Worlds," "Jurassic Park") described how his work with such visionary directors as Cameron, Spielberg and Zemeckis compared with the experience of working with a next-generation director such as Zack Snyder (“Sucker Punch”), which replicates the experience of battling combatants in a first-person video game. While Matt Painter and UCLA alum Dylan Cole expressed relief that digital technologies have made it possible for him to keep pace with the demanding visual aesthetic of his visionary boss, James Cameron.

Geoffrey Long, a scholar associated with the Convergence Culture Consortium at MIT, where he studied under Jenkins, argued that the “negative space” of as-yet untold stories "makes the world of a project come alive in the viewer's imagination." These gaps provide opportunities for authors to come back later and fill in the spaces – though in a Transmedia-saturated world there is always the danger they will take matters into their own hands and fill the interstices with home material as interesting as any the original creators could devise.

Film studies Professor Francesca Coppa, both in her scholarly work at Muhlenberg College and as a board member of the Organization for Transformative Media, is a strong advocate for the mash-ups and other transformations perpetrated upon copyrighted IP (Intellectual Property) in fan fiction, fan art and fan video. “Fans pioneered transmedia,” Coppa declares, as recognizable characters were moved into different forms and contexts, often changing gender or race or sexual orientation in the process.

Kelly Souders, head writer and executive producer of "Smallville," provided examples of ways in which mainstream entertainment has already been altered by Transmedia thinking. "Smallville" is a solid case in point because it was presented originally as an alternative, more down-to-earth version of the mythic "Superman" universe, an approach that could be seen as analogous to the context-shifting of fan fiction. Fans drawn to the show have enthusiastically embraced the notion that there could be distinct "Smallville versions" of established characters such a General Zod.

And "Smallville" has boldly gone where only Kirk/Spock soft-core "slash" fiction has gone before. The show's writers spoke openly, Souders said, of the Clark Kent/Lex Luthor relationship as a love story. And in the current final season, a clone character has been introduced, created from a mixture and Kent and Luthor DNA – a character described by no less an authority than Lois Lane as “the genetic love child of Clark Kent and Lex Luthor.” Territory that George Reeves never explored.

Jeph Loeb brought his rock-star status in the comic book (Marvel and DC Comics) and television worlds (“Smallville,” “Heroes") to bear on his new job as head of the Marvel TV division, vowing to tear down the walls previously separating comic book authors from animated, anime and live-action TV producers. He traded barbs and jokes with fellow TV writer-producer Steven DeKnight (“Spartacus,” “Smallville,” “Buffy”) about their early efforts to bridge the gap between the comic book and TV worlds and between his new cable series "Spartacus" and his visual predecessor, "300" — itself a graphic novel brought to the screen.

UCLA alum Craig Reylea, SVP of Global Marketing for Disney Interactive Media Group, celebrated the archival impulse behind Warren Spectors' world-building wii game, "Epic Mickey" and the implications of choice and consequence when using a well-known imp like Mickey as your “first-person shooter" (with a paintbrush as his weapon of choice).

Again and again at "Transmedia Hollywood 2," entertainment professionals acknowledged that they are already working in new media on a daily basis, living in the brave new world, absorbing a new perspective at the same time. The Transmedia future is now.