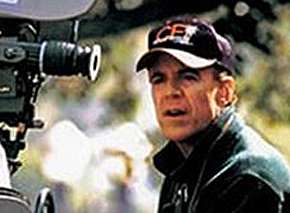 Kodak and UCLA have named Richard Crudo, ASC, the 2011 Kodak Cinematographer in Residence for the spring quarter at UCLA’s School of Theater, Film and Television.

The unparalleled residency course, now in its 12th consecutive year, was inaugurated by Professor William McDonald with the support of Kodak to enhance the learning experiences of students with insight from renowned cinematographers.

“Richard Crudo is an innovative filmmaker who has assembled an impressive, diverse list of credits,” McDonald said “This program provides a unique opportunity for our students to gain insights into the art and craft of visual storytelling from this uniquely talented cinematographer.”

"Congratulations to Bill McDonald for taking this unique program to even greater levels of excellence," said Teri Schwartz, dean of the School. "Richard Crudo is a gifted artist and a worthy addition to an already highly distinguished list of outstanding professionals. At TFT we are committed to offering students unprecedented access to the master storytellers of the entertainment industry, and the Kodak Cinematographer in Residence program, now entering its second decade, is a prime example of this approach."

UCLA TFT is the only film school that offers a cinematography residency program where students can receive direct guidance from cinematographers through screenings, workshops and one-on-one sessions over the course of 10 weeks.

The mentorship program will begin with a free screening of one of Crudo's past works, “American Buffalo,” at the James Bridges Theater in Melnitz Hall on Monday, April 18, at 8 p.m. The screening is free and open to the public, students, staff and faculty members. A Q&A discussion with Crudo, moderated by McDonald, will take place following the screening.

Based on a play by David Mamet, “American Buffalo” follows three small-time crooks who plot the robbery of valuable coin collection. The film was directed by Michael Corrente and stars Dustin Hoffman, Dennis Franz and Sean Nelson.

Crudo's feature credits include “Federal Hill,” “American Pie,” “Music From Another Room,” “Outside Providence,” “Down To Earth,” “Out Cold,” “Brooklyn Rules,” “It's Under My Skin” and “Pistol Whipped.” He also directed the feature film “Against the Dark.” Crudo served three terms as president of the American Society of Cinematographers, and is currently a vice president of the organization.

"Richard is a talented artist and can offer great insight to young filmmakers as they prepare to enter a very competitive industry," said Lauren Lung, vice president and general manager of Kodak’s motion picture business in North and South America. "Our dedication to supporting tomorrow's filmmakers is as steadfast as our commitment to further advancing the technology of film.”

The Kodak Cinematographer-in-Residence Program at UCLA was established in 2000 to bring together the worlds of professional and academic cinematography, exposing UCLA students to cinematographers who have attained the highest levels of achievement within the filmmaking industry, each having won or having been nominated for multiple Academy Awards. UCLA students have been able to study with each of these cinematographers for an academic term through screenings and workshops. No other film program in the country offers this level of access to such artists on an annual basis.

Kodak Cinematographers in Residence at UCLA