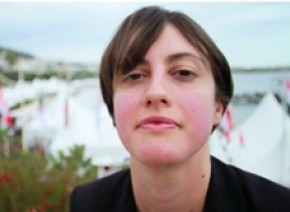 Garcia’s video for the song “Add Ends,” by the Danish band When Saints Go Machine (aka. “en dansk elektro-popgruppe fra København”), is a lyrical short film about a dying man’s vission of the afterlife. The video was shot by alums Paul de Lumen and Marissa Deal ’10 and edited by Ian Arthur ’10.

An earlier Garcia video, a mix of live action and stop-motion animation, was a clip for the song “Kaputt” by Destroyer.

Garcia began training as an actor at the age of seven and continued her theater studies at the Los Angeles County High School for the Performing Arts. She worked as a calendar editor for the Los Angeles Downtown News and as the manager of the Downtown Palace Theater before attending UCLA.

Her first film at TFT, “The Castle”, was selected for the Cannes Film Festival 2010 Short Film Corner. Her thesis project, “pals,” was a 2010 Director’s Spotlight film.