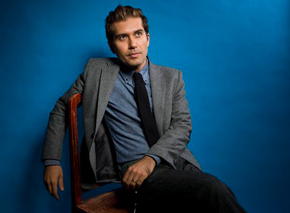 Safai plays the fundamentalist older brother in a wealthy family who vehemently disapproves of his sister's developing intimate relationship with a female classmate. "Suddenly," according to the production notes, "the two siblings, who were close confidants, are entangled in a triangle of suspense, surveillance and betrayal."

“Together the director and her cast have managed to give the film a sense of complete authenticity,” said The Hollywood Reporter.

“Circumstance” won the coveted Audience Award at the Sundance Film Festival in January. The organization Women in Film awarded the film a 2010 Film Finishing Fund grant.