Alum's script will be animated in 3D 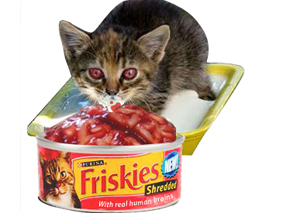 “Variety” reports that a script by UCLA Professional Program in Screenwriting alumnus E.L. Katz, “Zombie Pet Shop,” will be developed as a 3D animated feature by producer John Davis’ The Animation Picture Company.
“Zombie Pet Shop” concerns a mysterious plague that sweeps through a mall pet shop, turning all of the animals into zombies. An ordinary pug named Joey must come to the rescue to find the antidote that will save his four-legged friends, as well as the humans that might take them home.
“Zombie Pet Shop” marks Katz’s first foray into animation, as the scribe is best known for his genre fare. Katz recently had a hand in writing Lionsgate’s “Dibbuk Box,” and he has the GreeneStreet/Peter Block project “Dark Corners” going into production later this year.