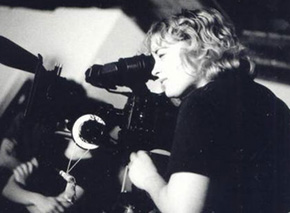 Professor William McDonald, head of the cinematography program, says: "Dagmar is a unique talent: An innovative, visual storyteller with camera and light who understands narrative structure. She is a passionate filmmaker who has demonstrated a one-of-a-kind mastery of her craft. Recognition by the ASC with this award is to be acknowledged by the best image-makers working in the industry today."

Weaver-Madsen was also the recipient of the Panavision Award in Cinematography at the UCLA Festival of New Creative Work 2010. Both awards were conferred for her work on the TFT thesis film The Absence, written and directed by Alex De Mille (M.F.A. '10).

"Dagmar is an incredibly creative collaborator," De Mille says. "She has a keen eye for beautiful and evocative images, and an instinctual understanding of how the cinematographer functions as storyteller in tandem with the director and actors. The film would not be what it is without her considerable talent."