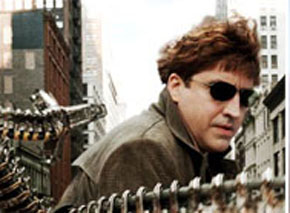 Now Let's Do Some Work

“I feel almost superfluous,” said legendary actor and veteran acting teacher Alfred Molina, shaking his head in amazement at the depth and persuasiveness of the student scene reading he just witnessed.

The young actor was pleased, and when Molina followed up with a suggestion that became the driving motif of the evening, “Now let’s do some work,” the student leaned forward eagerly. “Yes, please,” he said.

This was the scene kicking off the Los Angeles Philanthropic Committee for the Arts’ UCLA Theater Master Class Series, a major new enrichment program offered by the Department of Theater under Chair Michael Hackett. The three-hour public master class featured Molina and 13 of the MFA Acting Program’s finest on the stage of the Freud Playhouse.

The work Molina did with the students often consisted of simple, practical exercises that paid unexpected dividends in terms of deeper feeling and sharper clarity of meaning. Check out how scenes from Shakespeare, Shaw, and Chekhov evolved under his influence in the video segments below.

Molina, superfluous? Not a chance.

A passionate student of theater and of Shakespeare in particular, Molina spurs students to dig deeper into the meaning of lines, to discover what is concrete and “actable” in a scene. (“That makes sense to me,” he says at one point. “I understand that. I can act that.”)

Throughout an exhilarating evening of instruction, these MFA acting students matched and exceeded the expectations of the Theater department, which refers to them as “professionals in training.”

Born in London in 1953, of Spanish and Italian heritage, Molina says he decided to become an actor after seeing Stanley Kubrick’s film “Spartacus” at the tender age of 9.

He attended the Guildhall School of Music and Drama at City University in London and found early success on British television, co-starring with Leonard Rossiter in the ITV sitcom “The Losers.” He made his feature film debut in 1981 as a short-lived native guide in the opening sequence of Steven Spielberg’s “Raiders of the Lost Ark.” His big break in films came with “Letter to Brezhnev” in 1985, followed by a starring role in “Prick Up Your Ears” (1987), in which played British actor-writer Kenneth Halliwell opposite Gary Oldman, who portrayed British playwright Joe Orton.

Molina has often played iconic villains, from Snidely Whiplash in “Dudley Do-Right” to the many-mandibled Doctor Octopus, aka “Doc Ock,” in “Spider-Man 2.” In 2002, he gained wide recognition for his portrayal of Mexican muralist Diego Rivera alongside Salma Hayek in the biopic “Frida.”

In 2010, Molina joined the cast of “Law & Order: Los Angeles.” His character, Ricardo Morales, recently left his post as a Deputy District Attorney to resume his former career as a homicide detective.