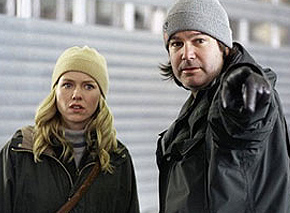 Entertainment news website Deadline Hollywood reports that Gore Verbinski '87 will reteam with his “Pirates of the Caribbean” screenwriter, Terry Rossio, on his first project for television:

Titled “Magical Law,” the project is … set in a world where the existence of supernatural beings is commonplace and follows the specialized cops and lawyers who face the unique challenges of prosecuting otherworldly crimes.

20th Century Fox TV and Verbinski’s Blind Wink Prods. are producing “Magical Law,” which has received a script commitment with penalty from the network. Verbinski and Rossio are executive producing with veteran TV writer-producer Jeff Rake, who is supervising the writing, and Blind Wink’s Jonathan Krauss. Verbinski could possibly direct the project if it goes to pilot.