Playwriting alumna Callaghan one of "Ten to watch" 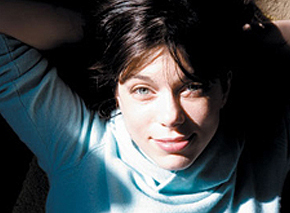 I had been cobbling together a livelihood writing plays and teaching,” Callaghan says. “When I had my son in 2008, the need to have a stable income became a bit greater. Then out of nowhere I got an email from (former “United States of Tara” showrunner) Jill Soloway asking me if I was interested in writing for TV.”

She was. Callaghan, who is now a staff writer for the Showtime skein, recently sold one of her spec scripts, “Over/Under,” to USA and is tackling a task that many scribes have attempted but failed — adapting 1960s TV show “I Dream of Jeannie” for Sony.