Prof. McLain and students bring the Bard to the Hammer and The New LATC 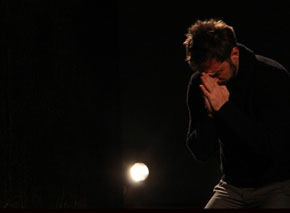 Innovating to bring the work of its students and faculty members to a wider audience — and to participate more directly in the cultural life of the city — the UCLA Department of Theater Winter/Spring season got off to a strong start with several outdoor performances of one of Shakespeare’s longest and most challenging tragedies.

The play moved on to the Little Theater in Macgowan Hall in November and will be a featured presentation at The New Los Angeles Theater Center in December. 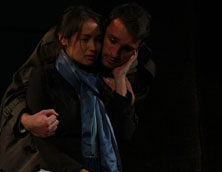 Directed by Professor Michael McLain, and with two actors, T.C. Clemons and Jackson Thompson, alternating in the title role, this lean, dark “Hamlet” sends a clear message: TFT’s theater productions are not tentative, in-house efforts, prepared for our eyes only. This world-class professional school turns out work that can stand beside the best theater work being presented in Los Angeles.