Alex Gibney on the Freakonomics of sumo 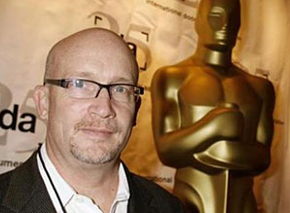 Although alumnus Alex Gibney is best known by moviegoers for his powerful political and social documentaries, such as “Enron: The Smartest Guys in the Room” and the Oscar-winning “Taxi to the Dark Side,” the writer-director has a few other arrows in his quiver. He is also a lifelong enthusiast of all things Japanese, and can get by speaking the language. (His late father, Frank Gibney, was a noted journalist who wrote several landmark books about Japanese culture.)

So it actually makes perfect sense that when Gibney was asked to contribute an episode to the documentary anthology film “Freakonomics,” based the non-fiction bestseller, he jumped at the chance to explore a uniquely Japanese institution, the earth-shaking craft of sumo wrestling.

Shrouded in a centuries-old tradition of samurai rectitude, Gibney suggests, these man-mountain athletes aren’t always as noble as they appear.