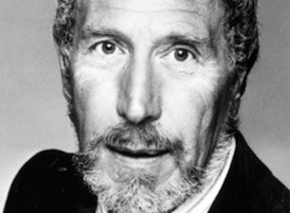 Trachinger's work in broadcasting began in 1950 at ABC, where he worked on a broad spectrum of programming, including the early live serial “Space Patrol,” innovative documentaries such as “Decision to Die" and on live coverage of the Kennedy-Nixon debates and the Academy Awards.

He worked side by side with Roone Arledge, then president of ABC Sports, on “Wide World of Sports” and the Olympic Games telecasts, beginning with the Winter Games in Innsbruck in 1964 and concluding with the landmark Summer Games in Los Angeles in 1984.

The Hollywood Reporter recently called Trachinger “a technical wizard,” acclaimed in engineering circles for his innovative thinking and for his contributions to broadcast technology. He was responsible for developing the first hand-held TV camera, the first underwater TV camera (field-tested in his own swimming pool) and slow-motion videotape for replay at sports events, introduced on-air in 1961.

The winner of three Emmy Awards, Trachinger retired from ABC as a vice president in 1985.

In addition to his professional career, Trachinger had a deep commitment to education and to mentoring young people. At his death he was a Professor Emeritus of the UCLA School of Theater, Film and Television, having taught courses in production and ethics in media from 1968 to 1998.

He was instrumental in introducing classes in live TV production into the TFT curriculum. The van for remote production that is still parked at the School, between Melnitz and East Melnitz, was acquired for the School by Trachinger through his many industry connections.

As a Fulbright scholar from 1985 to 1986, Trachinger lectured in Germany, Denmark, Sweden and Spain, at the Sorbonne in France and at Tel Aviv University in Israel.

After retirement, his passion for sharing continued. In 2002, Trachinger taught at UC San Diego's Osher Lifelong Learning Institute, directing and producing a series of video programs, broadcast locally, made by and about his senior contemporaries. In 1997 the San Diego Press Club bestowed the "Headliners Media Legend Award" to Trachinger.

Robert Trachinger is survived by his wife of 34 years, Helga, his son Set, his filmmaker daughter Mia Trachinger, his son-in-law Jason Brush and granddaughter Lotte.