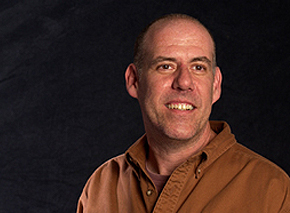 Rory Kelly's "End of Something" marks a new beginning

IndieWIRE reports that TFT faculty member (and officially recognized Distiguished Teacher) Rory Kelly has co-written and plans to direct a new feature film called "The End of Something."

Rory Kelly's "The End of Something" follows a desperate woman who joins a drifter on a quest to find a waterfall with spiritual powers, deep in the forests of Oregon. "It beautifully captures the way that human relationships are formed so quickly and so randomly, and how even brief encounters can have lasting effects on our lives," [producer Mynette] Louie told indieWIRE this week.

The project will also be featured in IFP's No Borders section at Independent Film Week in New York later this month.

Screenwriters Kelly and Tim McCarthy developed the script for "The End of Something" at Film Independent's 2009 Screenwriters Lab, while Louie is a former producing fellow at the Sundance Creative Producing Lab.

Despite the Pacific Northwestern setting, Louie told indieWIRE that they will shoot the film wherever they can get tax credits, likely either upstate New York or northern Ontario. Louie hopes to shoot and wrap the film next summer.

With all the promising young talent attached, "The End of Something" just might be the beginning of something.