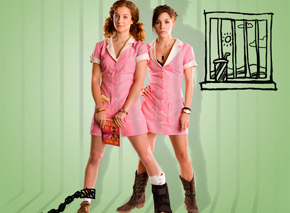 "16 To Life" released in theaters

TFT Faculty member Becky Smith's film "16 To Life" began its theatrical release on Sept. 3. This is the first feature-length film by Emmy-award nominated Smith ("Queer Eye for the Straight Guy").

Kate is a rural American teenager whose angst about sexual inexperience drives a comic quest for love and understanding on a birthday to end all birthdays.

Directed and Written by: Becky Smith