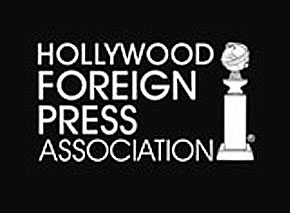 The UCLA School of Theater Film and Television and the UCLA Film & Television Archive have received major grants from the Hollywood Foreign Press Association. The scholarship grant of more than $100,000 to the School was the second largest individual award announced at the HFPA's annual Installation Luncheon on July 28. Actress Eva Longoria Parker joined returning HFPA President Philip Berk at the event to announce grants totaling more than $1.5 million.

Dapper "Mad Men" star John Slattery, who accepted the grants on the School's behalf, departed from his prepared remarks to note that TFT was the only educational institution singled out for an individual presentation during the ceremony. All the other educational awards, from Cal Arts to USC, were accepted en masse by writer-producer Aaron Sorkin ("The West Wing").

"The HFPA Fellowships," Slattery explained in his acceptance speech, "provide directing students with much needed funds towards the production of their thesis films. Often, a thesis film debuts at the UCLA Festival of New Creative Work, of which the Hollywood Foreign Press Association serves as Presenting Sponsor.

"With their generosity," Slattery continued, "the Hollywood Foreign Press Association continues to distinguish itself as an organization which not only recognizes excellence in film, but helps to create it."

The star-studded luncheon presented a record $1,541,000 in financial grants to 41 film schools and non-profit organizations. The event also celebrated the election of the HFPA's 2010-2011 officers. The ranks of celebrity acceptors included actors Annette Bening, Bryan Cranston and Carla Gugino.

Founded during World War II, the Hollywood Foreign Press Association was originally comprised of a handful of LA-based overseas journalists who sought to bridge the international community with Hollywood. Sixty-six years later, members of the HFPA represent 55 countries with a combined readership of 250 million in some of the world's most respected publications. Each year, the organization holds the third most watched awards show on television, the Golden Globe Awards, which have enabled the organization to donate more than $12 million to entertainment related charities and scholarship programs.