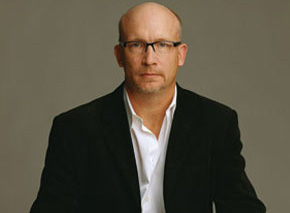 TIME magazine reports that alumnus Alex Gibney is following his 2007 Oscar-winning documentary “Taxi to the Dark Side” with four major releases in 2010. The most provocative is an as yet untitled Eliot Spitzer documentary, which charts the former New York governor’s meteoric rise and scandalous fall and quickly became the hottest ticket at the Tribeca Film Festival.

Also on Gibney’s slate are a chapter in the multi-director adaptation of Stephen Dubner and Steven Levitt’s book “Freakonomics,” opening this fall, and “My Trip to Al-Qaeda,” a big-screen rendering of Lawrence Wright’s one-man play based on his 9/11 history “The Looming Tower,” coming to HBO later this year. A long-in-the-works profile of jailed lobbyist Jack Abramoff, “Casino Jack and the United States of Money,” opened in select theaters May 7.

Gibney says the pileup is less about being prolific — which he is — than it is “just a matter of timing.” The director was so determined to talk to Abramoff in person that “Casino Jack” arrived in theaters a year and a half later than planned; it was frozen in production as Gibney embarked on his Spitzer investigation and traveled to Japan to produce a segment on corruption in sumo wrestling for “Freakonomics.”

Still, Gibney says Abramoff’s cautionary tale of influence peddling in Washington could not be timelier: “We just went through this health care debate, which was horribly perverted by money on both sides, and now you look at Abramoff and realize we are making horrible decisions for our country, all because we’ve put our government up for sale.”