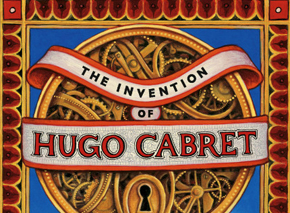 Stuhlbarg signs up for "Hugo Cabret"

The Hollywood Reporter describes the film this way:

“Cabret” centers on Hugo (Butterfield), an orphan boy living a secret life in the walls of a Paris train station. When he encounters a broken machine, an eccentric girl (Moretz) and a cold, reserved man (Kingsley) who runs a toy shop, he is caught up in a magical, mysterious adventure that could put his secrets in jeopardy.

Stuhlbarg, repped by ICM and Viking Entertainment, received a Golden Globe nomination for his work in the Coen brothers’ “A Serious Man” and next co-stars as crime boss Arnold Rothstein in the Scorsese-directed pilot and HBO series “Boardwalk Empire” [debuting Sept. 19].