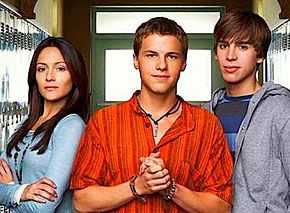 The show is described as:

... an urban adventure series centered around Henry Griffin (Kevin G. Schmidt), a teenager with exceptional skills acquired through years of globe-trotting with his anthropologist parents. Henry faces his biggest challenge of all when he moves back to America to attend a high school stranger than any place he’s ever lived before. Together with his cousin Jasper and his friend Maggie, he will use the ancient skills he learned around the globe in order to solve the modern mysteries of high school.

The Hollywood Reporter describes the show as:

... a robust and appealing cross between ‘The Hardy Boys’ and ‘Indiana Jones,’ with a little bit of ‘National Treasure’ thrown in for good measure. Although creator Mike Werb’s premise is a tad far-fetched, the characters and story are engaging enough to set aside doubts.

“Equally important, there is no talking down to the demo. Judging from the premiere, Werb’s stories will have enough twists and oddball characters to engage all ages.”