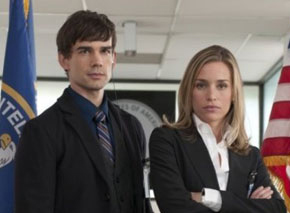 Christopher Gorham ’96 will be co-starring with Piper Perabo on the USA Network’s hot new espionage series “Covert Affairs,” which premieres on July 13.

According to coverage on the Daemon’s TV website, Perabo plays a young CIA trainee who is suddenly thrust into the inner sanctum of the agency after being promoted to field operative for reasons that are decidedly mysterious.

“While it appears that she has been hand-picked for her exceptional linguistic skills, it may be something from her past that her CIA bosses are really after.”

Gorham portrays Auggie Anderson, a CIA military intelligence agent, blinded while on assignment, and Annie’s guide in this new world of bureaucracy, excitement and intrigue.