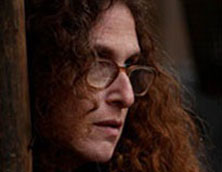 Filmmaking, like politics, is the art of the possible, says low budget veteran and TFT alumna Amy Krell '86 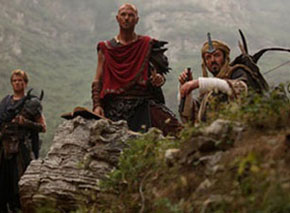 Though “Witchville’s” director, Pearry Reginald Teo, was born in Singapore and speaks Mandarin, this was not the reason writer/producer and TFT alumna Amy Krell '86 decided to film her third ambitious fantasy adventure for SyFy in the People's Republic of China. She moved her production to the other side of the globe, she says, purely to protect her bottom line.

Krell's war stories about producing everything from kids programs ("Clubhouse Detectives") to “late-night adult cable programming” (“Black Tie Nights”) on bargain basement budgets are all about never knuckling under, about refusing to settle just because you're strapped for cash.

Nowadays, Krell develops projects in a wide budgetary range with her producing partner, Mark Rudnitsky, at their company Page Four Productions, and making the most of budget dollars when picking locations can be a crucial part of a campaign to achieve quality at a price.

China certainly wasn't chosen as a location for "Witchville" because it was appropriate to the story, a supernatural swashbuckler set in a picturesque approximation of medieval Europe. In fact, Syfy execs told Krell they didn't want to see anything on screen that would reveal that the story had been filmed in Asia. “We had to frame out any building with a tile roof,” Krell says, “and wrap gauze around the faces of the extras, so that you wouldn't see a single Asian element. But then SyFy's press release comes out and in the very first line it says, 'Our first film to be shot in China.' So what are you going to do?"

How has China, of all places, become a go to location for a cost-conscious shoot, even when travel expenses are factored in? "What’s happened with these low-budget productions," Krell says, “especially fantasy films, is that the expectations are now tremendous in terms of special effects and spectacle. You're thinking, 'How will I ever be able to do all this?' We had done 'Gryphon' (2007) in Bucharest, Romania, and I really liked working there. But a couple of years later, the Euro rose to the point that there was no longer anywhere in Europe that was affordable. So when we did 'Beyond Sherwood Forest' (2009) we ended up in Vancouver.

"But Canada, too, is a more expensive place to shoot than it used to be. For a while, Canadian TV paid so well for content that your Canadian partners always had pre-sale money to put on the table. But recently that money’s started to decline. The crews are great up there, but as it becomes more expensive you end up shooting fewer days, and that diminishes the quality of the film."

So when an early partner on "Witchville" convinced her that, with his connections in China, he could get favorable terms, "I decided to trust him," Krell says. "I said, okay, I'll do it if you say so. Even though you went to USC."

She did insist that everyone cast in a major role have horsemanship and sword-fighting skills, because she didn't have the budget to train them. This reinforced her determination to cast the film in London, because stage-trained British actors, essentially the entire talent pool, learn these skills routinely. A dividend, she says, is that lines of high flown fantasy dialogue sound much more credible when spoken with a British accent. SyFy had insisted on American accents across the board on the knights-and-dragons film "Gryphon," Krell says, "and it reminded me of the old Tony Curtis joke, 'Yonder lies da castle of my fodder.' But SyFy was receptive to our request and let us try the UK route on ‘Sherwood,” to great effect.”

"Our wonderful, talented actors saved our asses a hundred times over on 'Witchville,'" she adds, “because they were so well prepared. Simon Thorp, a terrific actor my casting director, Carolyn McLeod, discovered in a tiny theatre production in a warehouse in London, performed a six-page speech, all the exposition about who the witches are and what has to be done to eradicate them, without a glitch, in a single take that Pearry shot with two cameras. 'Do we need to go again?' 'No, we got it.' So suddenly we're six hours ahead of schedule!"

A key advantage to working in China, Krell found, was the enthusiastic crew. “Once they realized that we did not have a superior attitude and were there to work, they were willing to kill themselves to get it done.” So much so that Krell had to insist on some quality-of-life adjustments for the crew, moving from seven-day weeks (standard in the PRC) to six-day weeks and from 20-hour to 13-hour days, along with a wonderful innovation called the lunch break.

"Nobody should have the slightest anxiety about working with Chinese crews," says Krell. "As in Eastern Europe, and of course here in the States, the crews are talented and experienced and, as a result, the work got done incredibly fast. Plus their work ethic is astonishing. The art department couldn't leave anything on the sets overnight because the extras who were playing Angry Villagers would come in and appropriate it all. We never knew this at the time, though. I only found out later that the art crew had to come in hours early every morning to redress the sets before we arrived.

"In the end," she says, "this was the best experience I've ever had on a movie. I've never felt as focused or energized in my life. I was happy as Pearry Teo's producer just to have the opportunity to watch him direct. He has a vision, he fills the frame, he is a great shooter and a terrific editor. I love working in the States, and hope to do so again soon, but it was gratifying to be able to make ‘Witchville’ work within budgetary constraints and still end up with a great result."

Asked what advice she has for current film students who are looking forward to launching their careers in the low-budget jungle, Krell says, “Editing was the one really crucial, practical thing I learned in film school. There is nothing better than knowing the post process to help you determine what shots you really need to have at the end of the day, to make the movie work. Nothing is more important than that."

Amy Krell and Mark Rudnitsky hope to produce more shows for SyFy, whose Original Movies they watch religiously. Currently in development at Krell's Page Four is “Nemo,” a Victorian Steampunk sequel to Jules Verne’s “20,000 Leagues Under the Sea,” with Hugh Bonneville attached as the storied Captain of the Nautilus and Pearry Reginald Teo slated to direct.