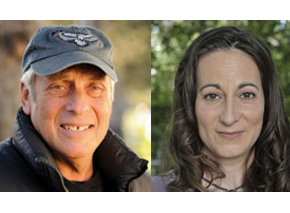 Next Generation of Emerging Talent at Screenwriters Showcase and Producers Marketplace 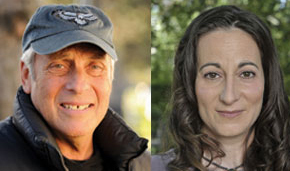 TFT alumna Laeta Kalogridis MFA '94 ("Shutter Island," "Avatar") will be presented with the Distinguished Achievement in Screenwriting Award during the Screenwriters Showcase on June 7 at 7:30 p.m. at the Freud Playhouse at UCLA.

The Screenwriters Showcase celebrates the best writing produced by TFT students each year in the MFA screenwriting program, providing eight finalists with the unique opportunity to stage excerpts of their winning screenplays and teleplays with professional actors. The winning scripts were selected by a panel of more than 200 industry judges in a competition that began in March. The highly anticipated showcase has become one of the industry's premier events for discovering emerging talent as well as honoring major screenwriters. Past recipients of the Distinguished Achievement in Screenwriting Award include Robert Towne, James Cameron, Ernest Lehman, David Koepp, Scott Kosar and Dustin Lance Black.

TFT alumnus, screenwriter Dave Johnson MFA '03 ("Orphan"), will be the host of the event.

Oscar-nominated producer Hawk Koch ("Collateral Damage," "Primal Fear") will receive the Vision Award during the Producers Marketplace on June 8 at 7:30 p.m. at the Geffen Playhouse in the heart of Westwood Village. The Vision Award is presented by UCLA TFT and the Producers Guild of America to honor producers whose careers exemplify extraordinary vision in all aspects of film, art and the business, leaving an indelible mark on the industry. PGA Vice President Mark Gordon will present the award to Koch. Past honorees include Cathy Schulman, Mike Medavoy, Tom Cruise & Paula Wagner, Albert Berger & Ron Yerxa and Mark Gordon.

The Producers Marketplace features presentations by four graduate producing students whose projects went through a series of panels judged by industry professionals throughout the academic year.

During the showcase, the four finalists take to the stage and pitch their film projects to a panel of top-level studio executives in front of a live audience. The winning student will receive the UCLA Producers Program Marketplace Award, which is supported by a generous donation from producer and distinguished alumnus Dan Angel. An additional prize is presented to the project receiving the most votes from the audience.

As one of Hollywood's leading and in-demand screenwriters and producers, Kalogridis has the distinction of working with many of America's most acclaimed and prolific directors of feature films, including Martin Scorsese, James Cameron, Quentin Tarantino, Tim Burton, Wes Craven and Oliver Stone. In addition to "Shutter Island," Kalogridis has penned a diverse array of scripts including "Avatar," "Scream 3," "Tomb Raider," "Something Wicked This Way Comes," "Night Watch" and "Alexander." She has also served as executive producer on television series including "Birds of Prey" and "Bionic Woman."

Born in Florida, Kalogridis attended Davidson College and University of Texas at Austin, prior to UCLA. She is currently working on an adaptation of "Ghost in the Shell," for DreamWorks and Steven Spielberg.

Hawk Koch got his start in the film industry as second assistant director to Sydney Pollack on "This Property Is Condemned." He subsequently worked as an assistant director on some 20 films, including Sydney Pollack's "The Way We Were," Roman Polanski's "Chinatown" and John Schlesinger's "Marathon Man." Koch made his first foray into producing with "The Other Side of Midnight" and went on to produce dozens of successful films, including many for his own firm, The Koch Company. Some of his most celebrated productions include the Oscar-nominated "Heaven Can Wait," "The Idolmaker," "Gorky Park," "Peggy Sue Got Married," "Wayne’s World," "Primal Fear," "Collateral Damage," "Hostage" and "Untraceable."