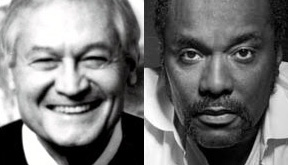 The 2010 Festival of New Creative Work, presented by the UCLA School of Theater, Film and Television (TFT), will honor landmark filmmakers Roger Corman and Lee Daniels, as well as eight outstanding student directors, at the festival’s closing night gala event on June 10.

The annual Directors Spotlight ceremony, which salutes students’ outstanding achievements in the field of directing, has become one of the festival’s signature events for identifying the industry’s next generation of leading filmmakers. This year, the event will showcase eight award-winning student films selected by a series of student panels and a blue-ribbon panel of top industry professionals.

Teri Schwartz, dean of TFT, will present legendary director and producer Roger Corman with the school’s inaugural Champion Spirit Award, which honors an industry professional who throughout his or her career has demonstrated great courage, foresight and integrity to nurture, mentor and champion new talent.

Film director and former Directors Guild of America President Martha Coolidge will present Academy Award-nominated director Lee Daniels with the Filmmaker of the Year Award, which honors filmmakers who tell stories with a voice and vision that impact the way people look at the human condition and demonstrate the spirit and message of the independent filmmaker. .

The Directors Spotlight event will take place at the Directors Guild of America Theatre at 7920 Sunset Blvd. in Los Angeles on June 10 at 7:30 p.m. The Spotlight is the closing event of TFT’s seven-day Festival of New Creative Work.

“I am thrilled to be honoring these two landmark filmmakers,” said Schwartz, a 32-year veteran movie producer. “Roger Corman is the perfect choice to receive the inaugural Champion Spirit Award. His history of fostering new talent is legendary. It is critical that we all follow Roger’s remarkable vision and example by nurturing young filmmakers who are the future of our industry. I owe Roger a great debt of gratitude because he gave me my start as a filmmaker, too, and set me on a path that has been so exciting and rewarding in every way imaginable.

“Lee Daniels is also a consummate filmmaker,” she said. “With films such as ‘Precious’ and ‘Monster’s Ball,’ Lee has demonstrated a firm commitment to the highest standards of humanistic storytelling, one of the strengths of our program and vividly evident in our student films. We are so privileged to be recognizing this wonderful filmmaker with this very special award.”

The industry honoree awards were voted on by students in the school’s department of film, television and digital media.

Lee Daniels first captured the industry’s attention in 2001 with “Monster’s Ball,” his first film from his production company, Lee Daniels Entertainment, and one that made him the first African-American sole producer of an Oscar-winning and nominated film. Daniels’ work continues to distinguish him as one of today’s most prominent and influential filmmakers, as evidenced by recent multiple awards and Oscar nominations for his powerful “Precious: Based on the Novel ‘Push’ by Sapphire,” including best picture and best director nominations.

In addition to honoring these prominent artists, the event will feature screenings of this year’s Spotlight award-winning student films:

Since its inception more than a decade ago, Directors Spotlight has helped launch the careers of gifted filmmakers such as Joe Russo (“Community,” “Arrested Development”), Justin Lin (“The Fast and the Furious: Tokyo Drift”), Alexander Payne (“Sideways”) and Shane Acker (“9”), among others.