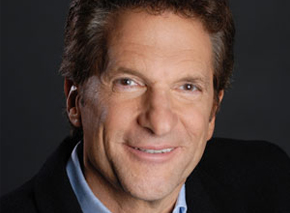 Legendary producer, executive, author and educator - one of the industry's great success stories

Entertainment industry leader Peter Guber, chairman and CEO of Mandalay Entertainment Group, will be the 2010 Commencement Speaker at the School’s commencement ceremony on June 11, announced Teri Schwartz, dean of the School. Schwartz will preside over the event, which will begin at 4 p.m. in Dickson Court North on the Westwood campus of UCLA.

“We are thrilled to have one of the entertainment industry's greatest and most influential leaders speak at our graduation,” Schwartz commented. “Peter has been a longtime supporter of our UCLA School of Theater, Film and Television as a professor and has demonstrated a profound commitment to fostering excellence in education. His visionary career throughout every sector of the entertainment and new media industries as an executive and producer is unparalleled. We are truly fortunate to have such a distinguished leader address our students as they launch their professional lives.”

Guber's career as an executive includes his tenure as president of Columbia Pictures in the 1970s, chairman and CEO of various companies including Casablanca Records and Filmworks, Polygram Entertainment, Sony Entertainment and his current company, Mandalay Entertainment Group. As a producer, some of Guber's personal films have had a profound social impact, including “Midnight Express,” “Gorillas in the Mist,” “Missing,” “The Color Purple” and the Oscar Best Picture Winner “Rainman.”

The School's commencement ceremony honors about 200 students in the department of theater and the department of film, television and digital media. The School will confer Bachelor of Arts, Master of Arts and Master of Fine Arts degrees. Scholars who have completed a Doctor of Philosophy or PhD will be recognized at the event.

Guber formed Mandalay Entertainment in 1995 as a multimedia entertainment company for motion pictures, television, sports entertainment and new media. Mandalay has produced and financed numerous major films, including “The Score,” “Donnie Brasco,” “Sleepy Hollow,” “Enemy at the Gate” and “I Know What You Did Last Summer,” several made-for-TV movies and critically acclaimed television series. Its sports enterprises have included a professional hockey team and a national array of professional baseball teams.

Guber has hosted a weekly national talk show for the past seven years and can also be seen as a weekly media analyst for Fox. Guber's most recent book “The Art of the Tell,” will be published by Crown in early 2011.

As a member of the UCLA School of Theater, Film and Television faculty for nearly 40 years, Guber has been passionate about teaching and mentoring the next generation of filmmakers. A full professor, he is a recipient of UCLA's prestigious Service Award for his many accomplishments and long-term association with the School. Additionally, he serves on the School's Executive Board.