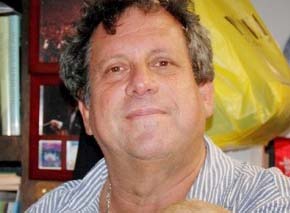 The Los Angeles Times reported in March that TFT alumnus Mark Ferber ’72, who worked at the Hollywood Bowl for 45 years, had passed away.

Ferber, who was the Bowl’s longtime production supervisor and special events manager, died March 14 in Los Angeles of injuries sustained in a fall, the Los Angeles Philharmonic announced. He was 60.

“Every night, without fail, Ferber conjured up the backstage magic that made the Bowl legendary,” the Philharmonic said in a statement.

“Ferber thrilled in the excitement of the stage, calling the show from the wings and donning a tuxedo to personally hand flowers to legends like Judy Garland and Pavarotti.”

In 1985, The Times called Ferber one of “the Bowl’s unsung heroes” for his role in making sure performances were trouble-free.

“I’m a detail man,” Ferber said at the time. “I run around backstage and make sure everything goes correctly.”

After earning a bachelor’s degree in theater from UCLA in 1972, he worked for the Seattle Opera in 1974 but “turned south almost immediately to be reunited with his beloved Bowl,” the Philharmonic said.

As production supervisor, Ferber would spend one day each season as an usher, “just to see what it was like.”