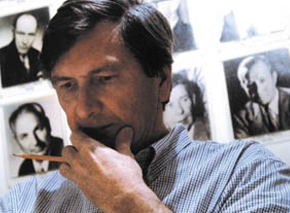 Affirming their commitment to the next generation of filmmakers and the future of the film industry, Kodak and UCLA have named John Bailey, ASC, the 2010 Kodak Cinematographer-in-Residence for the spring quarter at UCLA’s School of Theater, Film and Television (TFT).

The unparalleled residency course, now in its 11th consecutive year, was inaugurated by UCLA professor William McDonald with the support of Kodak to enhance the learning experiences of students with insight from renowned cinematographers. UCLA’s TFT is the only film school that offers such a cinematography program, in which students can receive direct guidance from award-winning cinematographers, including one-on-one sessions, over the course of 10 weeks.

The mentorship program will begin with a free screening of one of Bailey’s past works, “Mishima: A Life in Four Chapters,” at the James Bridges Theater in UCLA’s Melnitz Hall on April 19 at 8 p.m. The screening is free and open to the public, students, staff and faculty members. A question-and-answer session with Bailey, moderated by McDonald, will follow the screening.

“I’m thrilled John Bailey will be our 2010 Kodak Cinematographer-in-Residence,” said Teri Schwartz, dean of TFT. “I’ve had the great privilege of working with John on several films. He is enormously talented and is a splendid colleague. John will be a great inspiration not only to our TFT students but to the entire UCLA community.”

“John Bailey joins an extraordinary group of cinematographers who have shared their experiences and advice with the next generation of filmmakers who follow in their footsteps,” McDonald said.

“Cinematographers tend to fly under the radar, but they are the heart and soul of the collaborative art and craft of filmmaking,” said Michael Zakula, regional sales and marketing manager for Kodak’s Entertainment Imaging Division. “We are privileged to have this opportunity to help nurture emerging talent through this program.”

“Mishima: A Life in Four Chapters” is based on an original screenplay by Paul and Leonard Schrader, adapted to Japanese by Chieko Schrader. Bailey and director Paul Schrader, a UCLA alumnus, collaborated on the production of the film in Tokyo in 1984. For his contribution on the film, Bailey received a Best Artistic Contribution award at the 1985 Cannes Film Festival, which he shared with composer Philip Glass and production designer Eiko Ishioka.

Bailey earned his first long-form narrative credit in the mid-1970s and recently completed his 70th feature film, “Love Don’t Let Me Down.” A short list of Bailey’s memorable film credits includes “American Gigolo,” “Ordinary People,” “The Big Chill,” “Silverado,” “The Accidental Tourist,” “Groundhog Day,” “In the Line of Fire,” “As Good As It Gets,” “Incident at Loch Ness,” “Brief Interviews With Hideous Men” and “The Greatest.”