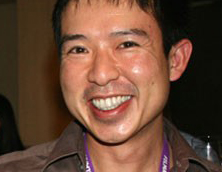 Free-spirited woman searches for the father of her unexpected child in multiracial, omni-sexual farce 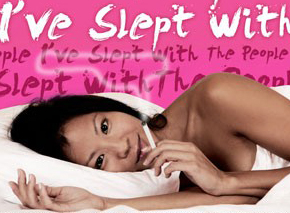 Screenings have been scheduled at the Miami Gay and Lesbian Film Festival (April 24) and the Los Angeles Asian Pacific Festival (May 1) for “The People I’ve Slept With,” a self-described “rollicking sex comedy” directed by alumnus Quentin Lee MFA ’99 and produced by Stanley Yung ’93.

The film is a notable departure for writer-director-producer Lee, whose acclaimed third film “Ethan Mao” (2004) was a grim crime drama about a gay Asian teenager who turns to hustling and then to kidnapping after being banished from the family's home.

Karin Anna Cheung (from alum Justin Lin‘s “Better Luck Tomorrow”) is the new film’s protagonist, a young woman who has to create Polaroid “baseball cards” to keep track of her many sex partners.

When she turns up pregnant, and decides to keep the baby, a search for the child’s father becomes priority number one.

Lee, who emigrated to Montreal from Hong Kong as a teenager, was an undergraduate at UC Berkeley, attended Yale for an MA in English and TFT for an MFA in Production/Directing.

Lee's first feature, co-directed with TFT classmate Lin, was the gay vampire drama “Shopping for Fangs,” which premiered at the Toronto International Film Festival in 1997 and won wide critical acclaim. His second feature, “Drift,” became a hit on the gay and lesbian film festival circuit and was sold to Wellspring Media.

“Ethan Mao” premiered at the AFI Film Fest in 2003 and won the Audience Award at the Turin Gay and Lesbian Film Festival.