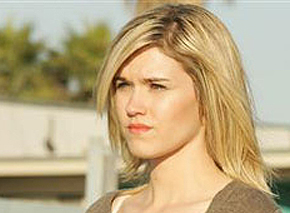 Syfy has announced that Emily Rose MFA '06 has won the lead role in Syfy’s new supernatural drama series "Haven," based on the Stephen King novel "The Colorado Kid."

Rose will play Audrey Parker, an FBI agent with a mysterious past who arrives in the small town of Haven, Maine, to investigate the murder of a local ex-con.

The town turns out to be a refuge for people with a wide range of supernatural abilities.

The pilot is written by Sam Ernst and Jim Dunn ("Shrek the Third," "The Dead Zone"), who will also serve as executive producers on the series.

Production is expected to begin in Spring 2010, anticipating a Summer 2010 premiere. 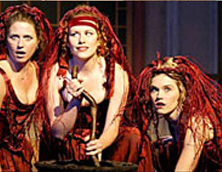 Rose has been working steadily since 2007, when she won a major supporting role in the HBO series “John From Cincinnati.”

Guest appearances followed on “Cold Case,” “Jericho” and “Two and a Half Men,” along with recurring roles on “ER” (as Dr. Tracy Martin) and “Brothers and Sisters” (as Lena Branigan).