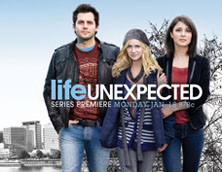 Interdisciplinary dividends for TFT theater grads in movies and TV 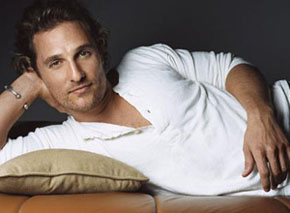 When Lara Olsen MFA '94 (née Runnels) entered UCLA's graduate program in playwriting in the early '90s, she was so focused on a career in theater that she "didn't know there was such a thing as writing for television." Today, Olsen and her writing partner, Patti Carr, write for the CW's acclaimed coming-of-age family drama “Life Unexpected.”

“It never occurred to me that writing for TV was something I could pursue,” says Olsen, whose resume also includes writing and executive producing stints on “Private Practice,” "Boy Meets World," “Daddy-O,” “Reba,” and "'Til Death.” “But going to UCLA helped me realize that I was a writer.”

Olsen's experience as a playwright who crossed over into television is not unusual among graduates of UCLA’s School of Theater, Film and Television, which strongly encourages its theater students to take courses in the neighboring film and television departments.

“We want to train them so they can make a living in dramatic writing," says Edit Villarreal, chair of the MFA playwriting program and associate dean of academic affairs for the School. “We're not prejudiced against sitcom writing. We want them to be able to work in as many genres as possible.”

Located in the heart of the film and television industry, TFT has always taken a multidisciplinary approach to educating future entertainment artists. Under the leadership of its new dean, Teri Schwartz, the School is pursuing even deeper connections between its two departments, Theater and Film, Television and Digital Media. Graduate playwriting students are required to take at least one course in screenwriting or adaptation, while graduate film students are encouraged to take course’s in the theater department.

“Of course there are different formats when you write a screenplay or a play, but the basic questions that you have to answer, the basic storytelling challenges, are the same,” Villarreal says.

If the booming cross-media career of recent graduate Mike Vukadinovich MFA ’07 is any indication, the formula has been a success. Vukadinovich has seen several of his plays staged, including the critically acclaimed, “Billboard,” which had its world premiere off Broadway. He is currently writing the animated stop-motion feature "Jonah and the Whale" for Shadow Machine and a live-action comedy, “Exchange Student,” for Matthew McConaughey's J.K. Livin Productions.

"I came to UCLA because I liked the crossover between theater and TV and film," Vukadinovich says. “Writing plays is my preference because you have more control, but with film and television, you can actually make a living.”

“The notion that there is some kind of boundary between theater and film and television is increasingly outdated. There was a time when it was harder to navigate between the different media, but that has changed. Increasingly, people have recognized that good writing is good writing, no matter where it comes from. We need to do whatever we can to support people in their development as writers.”

Matt Pelfrey MFA '05, a successful playwright who recently joined the writing staff of “Skins,” MTV's adaptation of the successful BBC dark comedy-drama about high school (the title is UK slang for “condoms”), says he has always been interested in theater, film and television, each of which has its own challenges. But he added, “I will always love playwriting. I think of myself as a playwright who also does TV and film.”

Sheila Callaghan MFA ’97, an established playwright, credits UCLA's multidisciplinary approach for her recent crossover success. She now writes for Showtime's "United States of Tara" and has been hired to write a feature version of the “I Dream of Jeannie” TV show,

“The thing that was helpful to me was I could get an education in theater while also being exposed to film and television through osmosis,” Callaghan says. “I could get a sense of what the world was like in other fields.”

Jon Cowan MFA '90, who counts his writing and producing experience on “Crossing Jordan” and "Private Practice" as the most meaningful of his career, says UCLA's focus on story structure gave him a solid foundation in writing for television and film.

“In our first semester course, you would break apart a play from top to bottom, moment to moment, to understand how the mechanics worked,” Cowan says. “The grounding that I got, not only in understanding story structure but also in how the elements of a play worked together, served me well throughout my career.”

Adam Simon MFA '10, who graduated earlier this year from UCLA's theater writing program, described the process of having to pitch a story to gain admittance into a screenwriting class as "good preparation for post-MFA life."

“UCLA doesn't guarantee anything — not even space in the screenwriting class, which is a requirement,” Simon says. But, having already landed an agent based on a TV pilot he penned called “Hoping for Disaster,” he says he feels surprisingly prepared to pursue a career in television. (The pilot was also nominated for a 2010 Humanitas Prize in the category Fellowship for Dramatic Writing.)

“There's a real value to learning how to tell a story without anything special in your quiver, when all you have is a stage and two people,” Simon says. “It means that when you move to television and film, you use your tools wisely.”