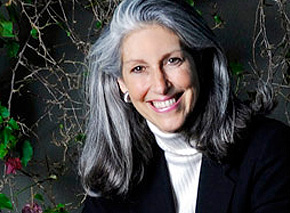 Design professor and Copley Center chair is keeping busy with a major movie, two new books and a museum exhibition

The “All The Rage” blog of the Los Angeles Times reported recently on the professional accomplishments of TFT alumna-turned-professor Deborah Nadoolman Landis MFA ’75, PhD ’03, which range from high-profile film assignments to two new scholarly books and a museum exhibition in London.

The recently appointed Chair of the David C. Copley Center for the Study of Costume Design at TFT, Landis is one of Hollywood’s leading costume designers, with credits ranging from "Animal House" (1978) to "Raiders of the Lost Ark" (1981) to the Michael Jackson video "Thriller" (1983). Landis is currently in London designing the costumes for “Burke & Hare,” a horror-comedy set in 1827 Edinburgh. 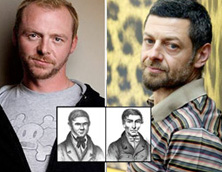 The film, shooting in late January, is directed by John Landis, and stars Simon Pegg and Andy Serkis, as a pair of bumbling body snatchers, and Isla Fisher.

Landis is also preparing “Deconstructing Glamour” for the University of California Press, the first of two scholarly volumes based on her doctoral dissertation for the Royal College of Art (London). The book clarifies the widely misunderstood role of costume design as a tool for cinematic storytelling.

Last week, Michael Jackson’s “Thriller,” the iconic music video that she designed in 1983, was inducted into the Library of Congress, National Film Registry. “Icons: A Hundred Years of Hollywood Costume Design,” an exhibition that Landis is curating, will open in 2012 at the Victoria & Albert Museum in London.