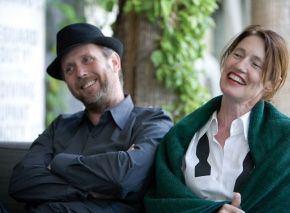 Dayton and Farris Have "Will"

Rudd and Galifianakis will star for "Little Miss Sunshine" alums

The story centers on an ordinary guy (Rudd) who lives in a world where people’s lives and destinies are being written by scribes in Heaven. The man wakes up one day to find that his heavenly writer (Galifianakis) has decided to no longer draft his life, and he must go about his day unscripted.

Dayton and Faris were honored as Filmmakers of the Year during Directors Spotlight at TFT’s year-end celebration “UCLA Festival 2007: New Creative Work.”