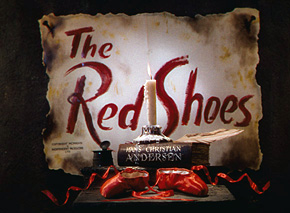 Variety reports that for the third year in a row the UCLA Film & Television Archive has won a Film Heritage Award from the National Society of Film Critics. The award salutes the restoration of Michael Powell's classic ballet drama "The Red Shoes" (1948), by the Archive's Preservation Officer Robert Gitt.

Funding was provided by the Hollywood Foreign Press Association, The Film Foundation and the Louis B. Mayer Foundation. The Archive was cited by the National Society in 2008 for its restoration of alumnus Charles Burnett's "Killer of Sheep" (1977) and in 2009 for its work on Kent Mackenzie's "The Exiles" (1961).

Robert Gitt's rehabilitation of rehearsal and test footage from director Charles Laughton's "The Night of the Hunter" (1955) also received an award from the National Society of Film Critics in 2003.

To see Variety's article on the NFSC Awards, visit this page.