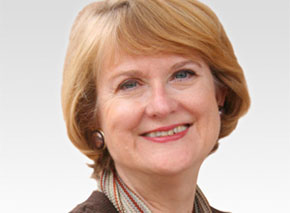 "Beyond Lemonade" - Exploring a New Medium

A step by step blog about creating an online series by Laurie Hutzler, MFA '98

Media consultant, screenwriter, TFT alumna and producer, Laurie Hutzler MFA '98 has made a specialty of helping filmmakers analyze and strengthen the emotional content of their projects. Her venues of choice are both face to face coaching sessions and her popular instructional website ETB Screenwriting.

Hutzler's techniques have been available in many forms, from private client sessions to working on scripted and non-scripted television series all over the world for FremantleMedia to her popular classes and lectures offered at several distinguished institutions. She has taught in the MFA Screenwriting and Producing Program and the Professional Program in Screenwriting at TFT, at the Royal Holloway College at the University of London, at the Sorbonne in Paris and for the Royal Literary Fund in Cambridge, England.

Soon, the TFT website will present a step-by-step, how-to and why-to, blog Hutzler has been writing for ETBScreenwriting.com about the creation of "Beyond Lemonade," a multi-character online series she is creating for FremantleMedia (the UK-based reality TV behemoth behind "American Idol" and one of the largest producers of scripted drama internationally). The blog will track Hutzler's progress through the development and production process on a day-by-day basis, as she masters the new concepts and techniques needed to produce good work in a format that didn't even exist five years ago.

Blog installments already posted offer hard-won insights on issues such as the importance of bread and butter issues, choosing a resonant name and designing an eye-catching logo. On larger thematic issues she'll cover how to identify a target demographic and add an interactive element to online dramas without distracting users from the smooth flow of a good story.

Hutzler hopes that when it is offered on the TFT website, the blog will prove useful to students looking for the accessible venues for their work the Internet provides. And this Spring (2010), Hutzler will moderate a workshop on the UCLA campus, where several Bruins working successfully in online content will discuss the challenges and satisfactions of the new medium.

"Beyond Lemonade" is a scripted-drama series about women starting over in mid-life, after the breakup of a marriage, a death or the loss of a job. The array of characters includes a woman who re-launches a failing newspaper by taking it online — repurposed as a journal for women seeking to start new chapters in their lives. The circle will be completed when members of the online audience are invited to create, interactively, the content of this journal, by sharing their own stories of fresh starts and new beginnings.

TFT: All the elements of this story – your blogging, the subject matter of the series, the exploration of an empowering new medium —seem to fit together perfectly: From every angle this is a story about how people can take control of their own content and their own lives. There are no longer any barriers to taking matters into their own hands.

LAURIE HUTZLER: That's exactly right. I think the interesting thing, both for my demographic of women starting over in mid-life, and UCLA's student demographic, is that one of the most revolutionary changes in media today is the disappearance of the gatekeepers. By gatekeepers I mean the classic middle-men, such as the TV networks and movie distribution companies. Their function was as much to keep most people out as to let only a select few people in. But gatekeepers are being replaced very rapidly by filters. Netflix is a perfect example of a filter. Netflix will accept almost any movie. There are thousands of movies there, and rather than decide what you should watch they have a system for figuring out what you want to watch. Based on your interests, they recommend movies that they think you will like and alert you to the preferences of your friends or other viewers.

There is a wonderful quote that I am going to paraphrase. Somebody asked a filmmaker, when will filmmaking become an art, and he said, "When anyone can do it." And that is happening now. The kind of special effects that we saw in "Star Wars," I can do on my Mac. People who never had the opportunity to make a film can now do so with equipment available on the consumer level.

TFT: From a cynical point of view, the fact that anyone can do it means that there will be that many more bad amateur movies. Maybe the odds will be a little better...

LH: The opportunity for online entertainment is a good news/bad news situation. The good news is that the barrier for entry is very low. You can do this for not much money. My computer has a webcam and I can film myself doing anything — and people do. I read somewhere that the amount of the material uploaded on YouTube each day is as much as the entire history of film since the beginning of time.

But the bad news is if that because you don't need high production values online, the writing has to be extraordinary. The key is that you have to get people to follow you, you have to develop word of mouth, and you can only do that by appealing to a specific audience's interests.

In one of my posts I was talking about a 13-year-old kid, Lucas Cruikshank, who made an online series literally with the web cam on his computer. He created a character that I personally find incredibly annoying, an obnoxious 6-year-old named Fred Figglehorn, that kids worldwide think is absolutely amazing. Lucas has the first YouTube channel that got over 1-million hits, and now the Figglehorn story is being made into a movie. He's been diligently working at it for three years. You are talking about a kid who is working with tools that are available to every 16-year-old, creating content that other 16-year-olds want to see. And by consistently posting his videos he's built his own fan base.

The production means may be limited, but limited means lead to greater creativity. That's why some of the greatest film and theater works have been created under censorship; because you have to be cleverer than the average artist to get your point across in spite of those creative limitations.

TFT: One of the most obvious limitations of online drama is the fact that in most cases the episodes are only a few minutes long.

LH: I had a really interesting conversation about that with [TFT screenwriting professor] Howard Suber, and he asked me how I had decided that my Beyond Lemonade episodes were going to be 10-minutes long. And the reasoning is that it can't be too long because a lot of people watch these videos when they are taking a break. But at the same time it needs to be long enough that you feel you've had a satisfying story snack. And Howard told me that in the very earliest days of movies, 10-minutes was the length of a single reel. So the so-called "one-reelers" of that era were exactly 10-minutes long.

I was thinking that the length of a single segment of a TV show, between the commercials, is 10 or 12 minutes, exactly. It's a length people feel comfortable with.

TFT: The question would be, though, how much could you really do dramatically in a segment of that length?

LH: More than you might think. In order for an episode to be satisfying, it has to have a self-contained narrative arc, a beginning, a middle and an end. Now, the average scene in a movie or a TV show is three pages — which is three minutes. I think to build anything you need at least three scenes, one to state the dilemma, one to make it more complicated, and one to offer some resolution. It's a miniature version of the three-act structure of a feature-length screenplay. So 10-minutes is just about right to tell one segment of a story.

Something else that I think is really important, and it is an absolutely drop dead requirement for Fremantle, is to have a good answer to the question, "Why does it have to be online?" It is not enough to just take your short film and cut it into three-minute or 10-minute segments. There has to be a reason why it needs to be online as opposed to in a book or on TV. And for me this comes down to the great issue of interactivity. People now expect to be able to participate. That's why comment sections on blogs are so popular. It's why Twitter is such a global phenomenon.

But long and bitter experience has shown that literally interactive stories, in which the audience decides how it is going to turn out, don't work. For a story to feel true it has to have an internal rhythm. One of the challenges of interactivity is that you have to distinguish between what an audience wants and what it needs. Nobody wants to see the hero die. But in some cases, in order for the story to feel true, the hero must die. So how do you make something interactive without the audience getting to choose in ways that might undermine good storytelling?

The answer we've come up with is to mirror the strategy our protagonist is using in the newspaper that she is taking online. Her readers provide much of the content for that journal by telling their own stories about starting over. The trick is that her readers will actually be our viewers: we will invite our users to post their own stories, which will then become the content of the fictional online newspaper that is published in real time.

That aspect makes it unique to the web. We will have a writing staff, but right now the idea is that the fictional paper will be modeled on "The Huffington Post," in that there will be stories that are aggregated from other sources. Also we encourage our readers to look at their small home-town newspapers and send us the stories of interesting things that women do locally or cool businesses they have started. I came across a story about a woman pilot who needed a watch, because all the chronometers were men's models and were too big for her. So she designed and manufactured a watch for women who are pilots.

One of the things I think is very interesting about the demographic of "Beyond Lemonade" is that it is so enormous and so seemingly invisible. Women over 40 are the single largest demographic in the United States, and women-owned businesses employ 35% more people than all the Fortune 500 companies combined. This is because one of the most popular routes for women who are starting over or who have hit the corporate glass ceiling is to start their own business. The reason women start businesses is that the gatekeepers often won't let them in! And where have you heard that before?