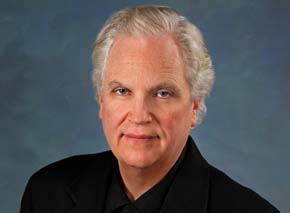 Professor Michael Hackett has been appointed Chair of the Department of Theater at the UCLA School of Theater, Film and Television, effective December 14, 2009.

The announcement was made by Teri Schwartz, Dean of the School. “I am fully confident that Michael will do an outstanding job in this important role,” Schwartz said, “and will provide excellent leadership in working closely with faculty and staff as the Theater Department moves into a bright future.”

“I want to thank Professor Ward for the wonderful service that he has given to TFT as Chair of the Theater Department over these past many years,” said Dean Schwartz. “The role of the Chair is a demanding and complex one, and we should all express our sincerest gratitude to Bill for giving of his time with full dedication as Chair.”

Hackett has directed for the Royal Opera, Covent Garden; the Royal Theatre at The Hague; the Centrum Sztuki Studio and Dramatyczny Theatre in Warsaw; the Los Angeles Philharmonic at the Hollywood Bowl; the Los Angeles Opera (children’s series); Musica Angelica; the Geffen Playhouse and nine radio productions for LA Theater Works.

For three years, he taught at the London Academy of Music and Dramatic Art where he co-designed and instituted a music-drama program and gave a series of lecture/demonstrations for the Royal College of Music; he has also given workshops for the Royal Scottish Academy of Music and Drama and conducted Greek chorus workshops and performances from 1995 through 2006 for the National Theater Institute at the Eugene O’Neill Theater Center.

Familiar to opera audiences in Southern California, he has lectured extensively for the Los Angeles Opera and, for these activities, he was given the 5th Annual Peter Hemmings Award by the Opera League of Los Angeles in April 2008.
Recent directing projects include Sophocles’ “Philoktetes” with Henry Goodman for the Getty Villa Theater Lab, a radio production of Wilde’s “The Importance of Being Earnest” with Charles Busch, and he has been invited by his Theater Department colleague Professor Hanay Geiogamah to co-direct “Ceremony for Mother Earth: A Healing” for the American Indian Dance Theater.