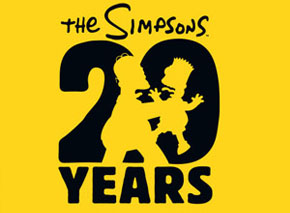 Many Homers, Many Bruins

Five of TV Guide’s 20 favorite “Simpsons” episodes (out of 450) were directed by Falling Lizards — which is to say, by graduates of UCLA’s legendary Animation Workshop. A special feature on this hand-picked pantheon, packaged with 20 exclusive images of Cosplay Homer, celebrated the 20th anniversary of America’s favorite dysfunctional, two-dimensional family.

It helped to tell ourselves we were merely drawing attention to our favorites among the show's 450-plus episodes, but we still uttered a silent "D'oh!" every time we thought of another scene, another song, another Homerism, another Springfielder worthy of inclusion. We're sure we'll be arguing long after the show's anniversary special (Jan. 10, 2010).

1. “Homer's Phobia” (Original airdate: 2/16/97; written by Ron Hauge; directed by Mike B. Anderson MFA ’90) Plot Homer (Dan Castellaneta) gay-panics when he realizes his new friend, John (John Waters), “prefers the company of men.” Why we love it: Waters' hilarious performance is a Simpsons classic, and even executive producer Al Jean speaks of the episode in superlatives: “I think it has my favorite scene ever from the series,” he says, referring to the moment a steel mill transforms into a gay nightclub called the Anvil. “It never ceases to get a huge laugh.” But what makes this our absolute favorite is how its sophisticated jokes illuminate the characters while incorporating social commentary at the same time. And all without sacrificing a millisecond of hilarity. Not-so-closeted reference: The line “Hot stuff, coming through!,” heard at the Anvil, was lifted from the gay classic “The Boys in the Band.”

5. “Eternal Moonshine of the Simpson Mind” (12/16/07; J. Stewart Burns; [Professor]Chuck Sheetz ’83) Plot Homer tries to recover lost memories in this complex story that features a sequence of the Simpsons dad through the years. Why we love it: The switch from hand-drawn to computer animation was nowhere more evident or justified than here. Case in point: A montage has Homer aging a year for every second of screen time. “We would not have been able to do that 10 years ago,” Jean says.

6. “You Only Move Twice” (11/3/96; Greaney/John Swartzwelder;Mike B. Anderson MFA’90) Plot Homer gets a new job working for touchy-feely madman Scorpio (Albert Brooks), bent on world domination. Why we love it: The mix of 007 intrigue with dot-com corporate culture is mash-up genius. Any resemblance to Microsoft was purely intentional. Specialty shopping: When Homer decides hammocks would be a nice workplace addition, Scorpio lists four retailers off the top of his head — located in Cypress Creek's noted Hammock District.

13. “I Am Furious Yellow” (4/28/02; Swartzwelder; [Professor]Chuck Sheetz ’83) Plot: Bart creates a cartoon character named Angry Dad (wonder who inspired that?), which becomes an Internet sensation. Why we love it: This episode skewered two cultural phenomena at once: the dot-com bubble and “The Incredible Hulk.” Naked truth: Bart's cartoon is so popular it becomes the Internet's No. 1 non-pornographic Web site — which makes it 10 trillionth overall.

19. “Treehouse of Horror IV” (10/28/93; Canterbury/Greg Daniels/McGrath/Bill Oakley/O'Brien/Josh Weinstein; David Silverman ’79, MFA ’83) Plot: This installment of the annual Halloween triple play included knockoffs of “The Devil and Daniel Webster,” “The Twilight Zone's” “Nightmare at 20,000 Feet” and “Francis Ford Coppola's Dracula.” Why we love it: There might be funnier single Treehouse segments (Jean particularly adores Season 8's “Citizen Kang” sketch), but no other Treehouse anthology boasts segments as consistently strong as the three here. Vamping it up: Mr. Burns was born to wear that Coppola-style Dracula drag.

You can see all 20 special 20th Anniversary "Simpsons" covers here.