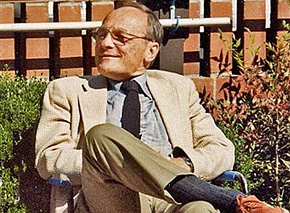 Hugh Grauel MA ’66, who taught in the department from 1966 to 1987, and with John Cauble founded the joint Producers Program in theater and film, died in September in Pasadena.

Grauel was responsible for bringing industry luminaries such as Peter Guber and Robert Silberling into the School. A warm, personable teacher, he was loved and respected by both students and colleagues.

“He was a warm and inspiring teacher, said Sheila Roberts ’76, MA ’85, MFA ’89. "His encouragement and support meant so much to all of us who were lucky enough to be part of the Producers Program during the early years when he was at the helm."