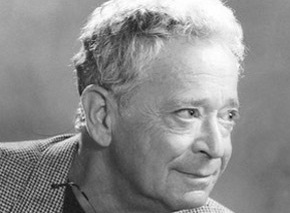 Alumnus wrote much classic TV: the finale of "The Fugitive" and Spielberg's breakthrough MOW "Duel"

“A record 72% of the viewing audience watched the 1967 ‘Fugitive’ finale,” notes the Los Angeles Times in its obituary for the writer of that classic episode, TFT alumnus George Eckstein ’49.

Eckstein died of lung cancer on Sept. 19 at his home in Brentwood. He was 81.

An excerpt from the Los Angeles Times obituary is below.

In a television career that began in the early 1960s, Eckstein amassed a string of credits over the next several decades. Among them: serving as a producer on “The Name of the Game” TV series, executive producing the “Banacek” television series, producing the TV movies “Amelia Earhart” and “Tail Gunner Joe” and serving as an executive producer of the TV miniseries “Masada” and “79 Park Avenue” and on the television series “Love, Sidney.”

“Duel,” the suspenseful 1971 television movie that Eckstein produced starring Dennis Weaver as a motorist terrorized by the unseen driver of a tanker truck, proved to be a significant milestone in the budding career of the 24-year-old Spielberg.

Eckstein, who also was an associate producer and a co-producer on “The Fugitive,” teamed with Michael Zagor to co-write the final two-part story, “The Judgment.”

“There were certain givens,” Eckstein recalled in a 1994 interview with the “Chicago Tribune.” “We knew there was no trick. The one-armed man was guilty, Kimble would confront him at some point and Gerard would have to accept the fact of Kimble’s innocence. The rest was for us to determine.”

Instead of flowers, his family asks that donations be sent to the Writers Guild Foundation.